From Matisse to Alys in Manifesta 10, while Moscow contemplates an Absolute Wine Factory

Posted on March 25, 2014 by baibakovartprojects 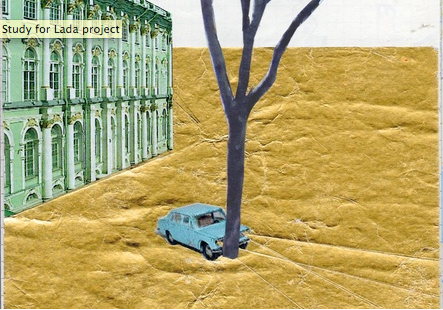 While curator Kasper Koenig has given us plenty to speculate on earlier, yesterday, Manifesta 10 revealed the list of artists whose work will be featured in the Hermitage this summer via a press conference and a  spiffy new website.

As befitting the encyclopedic museum, the list stretches from Henri Matisse to Joseph Beuys to Cindy Sherman to Slavs and Tatars. In addition, Public Programs’ curator Joanna Warsza has invited contributions from artists including Pawel Althamer,  Ragnar Kjartansson, and Mierle Laderman Ukeles, and curators like Ekaterina Degot and Kathrin Becker.

Koenig concluded the conference with a short statement:

In response to the comments I have received regarding the current geopolitical circumstances, I would like to stress that obviously I am very concerned with the escalating crisis, and because of it I do believe it is and should be our goal to continue to make MANIFESTA 10 happen. It is itself a complex entity, to prompt its artists and its viewers to assume their own strong political positions, to pose questions and raise voices. To neglect and quit, would be a sign of escalation. There is vulnerability of this situation, but also a challenge and we shall have a courage to go on, a decision backed up by many Russian colleagues. It is upon us not to be influenced by prejudices against minorities or nationalist propaganda but to reject it. It is more important than ever to continue our work with courage and conviction for the local and international publics.

Guess it’s time we all renewed our visas? 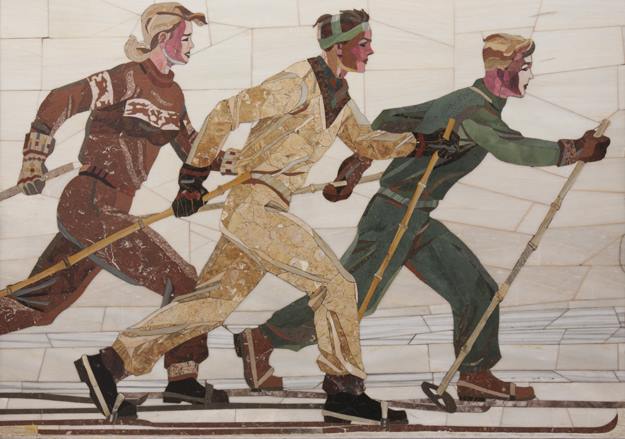 Image from Proun Gallery’s exhibition, “SPORTKULT”, on view at Winzavod.

Absolute Wine Factory? Rumors of a change of ownership at Winzavod

On March 14, Artguide broke the news that Winzavod was changing hands, from Roman and Sonya Trotsenko – the founding directors – to Alexander Svetakov, the 46-year old head of Absolute Investment Group (not to be confused with the vodka). In 2013, Svetakov was valued at $2.6 billion, making him the #39 wealthiest Russian, at least, according to Forbes.ru. The story was quickly picked up in the news, with outlets like Buro 24/7  reminding us that Absolute had recently invested in a brewery that it was planning to redevelop as well. (Meanwhile, Trotsenko – #117 at just shy of a billion – has vowed to complete construction on the Federation Tower, the erstwhile venue for the 2nd Moscow Biennale back in 2007.) Lenta.ru explained how this was just one step in plans to create a massive, $10 billion art-kvartal, stretching from Winzavod to Artplay.

On March 16, however, Lenta.ru retracted this report after Winzavod issued a statement refuting this change of the guard and assuring everyone that the center would continue to function “as usual.”

Established in 2007, Winzavod has been struggling in recent years, as many of its former staples – XL Gallery, Guelman, Aidan – shuttered or restructured as non-profits.

3 Responses to From Matisse to Alys in Manifesta 10, while Moscow contemplates an Absolute Wine Factory