Posted on March 16, 2014 by baibakovartprojects

These past two weeks we have reported on how the artists boycott of the Sydney Biennale over its ties to Transfield (a holding company that had recently expanded to include the detention center where a recent asylum-seeker was found dead) had met with a relative success, when the chairman of both Transfield and the Biennale – Luca Belgiorno-Nettis – resigned. While the decision was celebrated by some, others – notably among the Australian arts community – pointed out how this sets a precedent that might scare off future funders (After all, as we pointed out last week, Transfield wasn’t just a corporate sponsor, stepping in. Transfield money gave this biennale its start, and has been supporting it all along.)  The Biennale artists were branded as hypocrites by several media outlets – among them, the Minister of Communications himself, Malcolm Turnbull, who checked the “vicious ingratitude” of the artists– for not distinguishing between Australia, who sets the policies, and Transfield, who enforces them. “The artists that vetoed this need to understand that most arts funding in the country comes from the government, and the government are the ones behind Manus Island,” Mark Carnegie writes (and while we’d love to read more of him, it’s behind the Financial Review paywall.)  Meanwhile, from the lost cause corner, art history professor Roger Benjamin pleads that “We should value the Biennale protest, not threaten arts funding.”

Today on Facebook, boycotting artist Ahmet Öğüt released a short statement recognizing that the boycott process has not been easy on the Biennale team. He then confirms that he will in fact participate, and what’s more, that he will donate his artist’s fees to the Biennale.

The biennale is set to open March 21. When we checked the website, there was no mention of any drama, other than that they still need volunteers for Eglė Budvytytė’s Choreography for the Running Male performance.

As we also mentioned last week, the day after Transfield announced that it would pull its support, Manifesta’s Victor Misiano went on Russian TV and admitted that a similar boycott strategy could work for Manifesta, which is facing a fresh round of protest now demanding that the artists and curator refuse to participate so long as Russia does not pull out of the Crimea.

On March 11, Manifesta responded with a statement of their own, confirming that the exhibition will go on as planned. We’ve culled a few excerpts from curator Kasper Koenig‘s personal response, which you can find in its entirety here:

I feel very strongly about the necessity of the biennial – for St. Petersburg and for the public. The exhibition is part of a larger process involving art, education, public discussions, civil developments, and more. The situation has escalated since our work began but I do not think that this implies support (by the State Hermitage Museum and its Director Dr. Piotrovsky, by the Manifesta Foundation and its Director Hedwig Fijen, or by me) for Russia’s present political and military actions. To stop our work for any reason other than its literal and practical impossibility is not an answer to the current situation…

The main concern here is to grapple with all the possibilities that the art offers and understand the breadth of perspectives that it presents and opens up. I do not aspire to simply present commentary and, more importantly, I hope to present far more than just commentary on the present political circumstances…

All artists were invited to participate with the following statement: “Of course the political circumstances are currently delicate and unpleasant, and we have to make sure not to censor ourselves. It is important to me that my contract guarantees artistic freedom, however within Russian law. Still, we hope to exhibit substantial artworks that do not resort to cheap provocations. The environment and the possibilities for this exhibition are very rich and it would be a mistake to reduce our possibilities down to the level of just making a particular political statement.”

Not everyone is happy with this response, however. ArtLeaks announced yesterday that the Chto Delat collective would be pulling out of Manifesta in support of the anti-war movement. As we’ve cited before, Chto Delat has earlier advocated against boycotts, urging the community to consider this as exactly the type of platform to air their grievances. Now it would seem their position has been reversed :

Kaspar König’s most recent statement denigrates any attempts to address the present situation in Russia by artistic means, demoting them to “self-righteous representation” and “cheap provocation” and thus effectively preemptively censoring them.We see now from this official reaction that neither curator nor institution are capable of rising to the challenge of a dramatically evolving political situation, and we cannot be held hostage by its corporate policies, however reasonable they would sound under different circumstance….

As we have said before, we are generally against boycotts and especially as far as international cultural projects in Russia are concerned. A cultural blockade will only strengthen the position of reactionary forces at a time when the marginalized anti-war movement in Russia so desperately needs solidarity. But our aim at least should be to turn every cultural project into a manifestation of dissent against the Russian government’s policy of violence, repressions, and lies. Even if you are staging Shakespeare or exhibiting Matisse, the task of culture today is to find the artistic language to bring home that simple message.

Sadly, Manifesta cannot rise to this challenge. Had the situation remained as it was, with a soft authoritarianism continuing to stagnate in Russia, the project might have been a positive factor for the further development of a fledgling public sphere. But as conditions worsen and reactionary forces grow stronger by the day, Manifesta has shown that it can respond with little more than bureaucratic injunctions to respect law and order in a situation where any and all law has gone to the wind. For that reason, any participation in the Manifesta 10 exhibition loses its initial meaning.

You can find Chto Delat’s full statement here at ArtLeaks.

Manifesta is slated to have a full press conference on March 25, during which it will reveal further details, including the 43 artists who have signed on to participate. 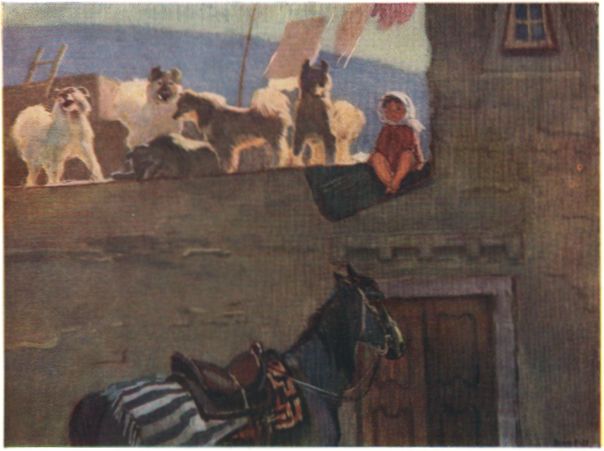 Meanwhile, the Russian Ministry of Culture produced a long and star-studded list of artists, actors and performers who approve of Putin’s presence in the Crimea. Over 500 strong, the roster includes Zurab Tsereteli, dapper don of the Moscow Museum of Modern Art syndicate; Irina Antonova, former director and current president of the Pushkin Museum; Fedor Bondarchuk, a crossover actor/film director; and, up until recently, artist Victor Tsigal, a painter and popular illustrator who was recruited to help design the Soviet ruble. “Up until recently,” because yesterday, a day or two after the list was published, Marat Guelman took to his Twitter to point out that #468 passed away in 2005. Those who were quick to defend the list, saying that they must have meet Victor’s brother, Vladimir, also an artist, had to face the unfortunate fact that the lesser known V.E. Tsigal had died on June 4, 2013.

Shortly after Guelman aired his finding, entry #468 was removed from the list. We should still presume this to mean that the artist would support Putin, if he could…
Even as we write this, we’re getting updates about the March for Peace in Moscow. Let’s hope with the next round-up, we have some cheerier news?