David Elliott to curate the 2014 Moscow Biennale of Young Art

Posted on November 12, 2013 by baibakovartprojects 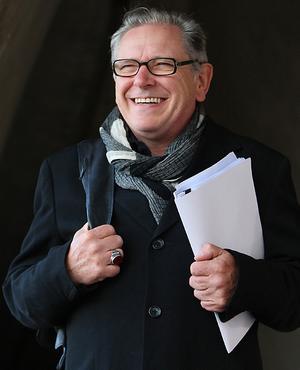 Curator David Elliott, after curating the Sydney Biennale in 2010

So, not to suggest any connection between our last post and this one, but today, November 12, the Moscow Biennale of Young Art announced that the curator for its 2014 edition would be David Elliott, veteran museum director and curator of the 2010 Sydney Biennale and, most recently, the 1st Kyiv Biennale in 2011. For the latter, Elliott eschewed traditional play-it-safe discourse and themed his biennale: “The Best of Times, The Worst of Times. Rebirth and Apocalypse in Contemporary Art.”  The title was intended to nod towards Dickens but it turned out to have some unintentional resonance when the exhibition was not able to be installed on time (as recounted on Artforum.com by Sherman Sam, and explained by the curator in a piece humorously headlined “It’s not the way I usually handle things” for Artinfo.) 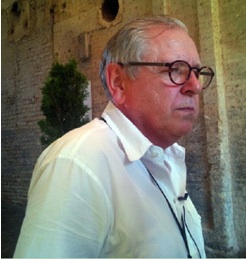 Still, it seems Elliott is willing to give the Post-Soviet scene another shot? Granted, the Young Art biennale is not known for its infrastructure and organization, but perhaps Elliott picked up a few pointers from 2012 curator Kathrin Becker, who titled her program “Under A Tinsel Sun.” Maybe the key then is just to thematize the chaos? Fittingly, Artguide reports Elliott’s new theme as “The Time to Dream.”

We’ll keep you posted on how this show shapes up.