Posted on February 27, 2013 by baibakovartprojects

In a Venice year – traditionally the time when the art world gets to gripe about the validity of national pavilions as an exhibition structure – the performance biennial Performa has announced that its 2013 Performa 13 edition will now feature Performa Pavilions, echoing the pavilion format of Venice. One critical difference? These are pavilionless pavilions, conceptual spaces befitting the program’s more chameleon qualities. So far, the partner countries for 2013 are Poland and Norway.

According to a press release sent out this week, Performa Pavilions consist of:

The structure for the way these pavilions should operate is a bit trickier to define. According to the statement, the national element is in the administration, not the art:

The artists selected for any of the first three program elements do not need to be originally from or currently residing in the collaborating country—rather, the program is designed to support international artists, using the combined cultural resources of Performa and the participating countries. After a year-long research and development phase, a team of scholars, curators, and art workers from Norway and Poland will then come to New York as an integral part of its operation and to be an important part of the related and educational events accompanying it.

In some ways, this is quite a logical step, as it builds mutually-beneficial relationships, allowing nation-specific nonprofits (such as the British Council, Goethe Institute, or Norway’s Office of Contemporary Art) to invest in the biennial as a partner, rather than just an occasional date. We are intrigued to see how this plays out. 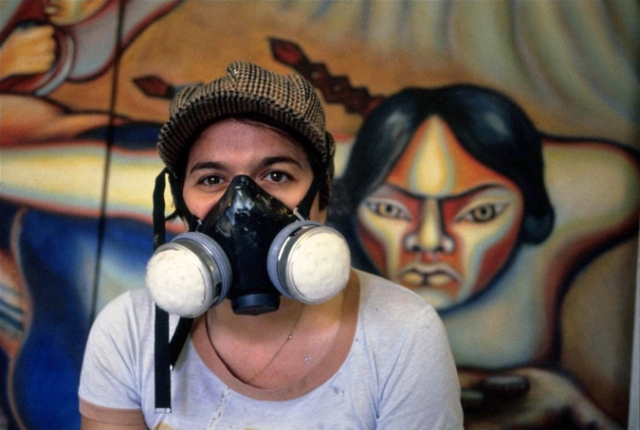 Performa isn’t the only festival reconsidering its format. After its massive success, the Getty-initiated Pacific Standard Time, the project announced that Pacific Standard Time #2 will debut in 2017 with an L.A/L.A theme. To decode? The platform will explicitly look at the interactions between Los Angeles and Latin America. Admittedly, a whole lot of geography to fit into two little initials, especially since this edition has no temporal bounds (unlike the first, which was framed between 1945-1980.)  In a piece for the LA Times, Jori Finkel quotes Getty Trust head James Cuno on the breadth of coverage: “We’re looking at everything from the earliest manifestations of culture such as pre-Columbian artifacts to the present, whatever makes sense and makes for a strong exhibition.” A heady endeavour, but we trust they are up to the task. Read Finkel’s full article here.

On a last note about biennials and geography, last week we reported on speculation that the next edition of Manifesta would take place in St Petersburg. These rumours were confirmed as true yesterday with the appearance of a statement on the Manifesta website. The statement contains a link to “an extensive Q+A document”, which seems to suggest that the Hermitage used its Hermitage 20/21 funds to buy itself the biennial as a 250th birthday present.