Posted on July 25, 2012 by baibakovartprojects 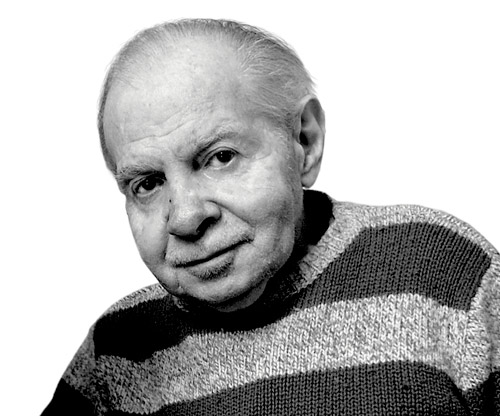 Last week we revisited the marvelous Vera List and her poster project, as examples of a collector whose active engagement shapes the institutions around her for the better. The same could be said for Herbert Vogel, a postal clerk who would become one of the greatest American collectors of the last century, before passing away this last week. Together with his wife Dorothy, a Brooklyn librarian, Vogel would amass over 5000 works of art, which he later gave to the National Gallery, on the condition that they help to spread it to each of the fifty states.

Of course, the Vogels’ humble origins would give rise to many a myth (and even a 2008 documentary!) Douglas Martin’s gentle tribute in the New York Times details just one of these:

Fitting it in their small apartment on the Upper East Side was no problem, as long as they didn’t mind devoting their closets to art, getting rid of their sofa and other furniture, and perpetually tripping over paintings. Mrs. Vogel told journalists that she did not — repeat, did not — keep art in her oven. “We didn’t set out to live bizarrely,” she said in an interview with The New York Times in 1992.

In another touching passage, Martin writes:

Herbert Vogel was born in Manhattan on Aug. 16, 1922, dropped out of school and worked in garment-industry sweatshops. But he told Smithsonian magazine in 1992, “I knew there was another world out there, and somehow I’d find it for myself.”

After a stint in the Army, he encountered paintings by the old masters at the Metropolitan Museum of Art. That led him to contemporary art, and contemporary art led him to the Cedar Bar, the fabled artists’ hangout in Greenwich Village. There he listened in awe to Mark Rothko, Franz Kline and David Smith.

“I was nothing — a postal clerk,” he told The Times. “But I respected the artists, and they sort of respected me. They would talk until 3, 4 in the morning, and I would be one of the people who just listened. I just remember it very vividly. I never even asked a question.”

For the full article, check here. To read another account, check here at Artinfo.

Click here for the catalogue with more information about the Dorothy and Herbert Vogel Collection: Fifty Works for Fifty States .

Below find the trailer for Herb&Dorothy, Megumi Sasaki’s 2008 documentary about the couple.

This entry was posted in New York and tagged Fifty Works for Fifty States, Herb&Dorothy, Herbert Vogel. Bookmark the permalink.