Posted on July 2, 2012 by baibakovartprojects 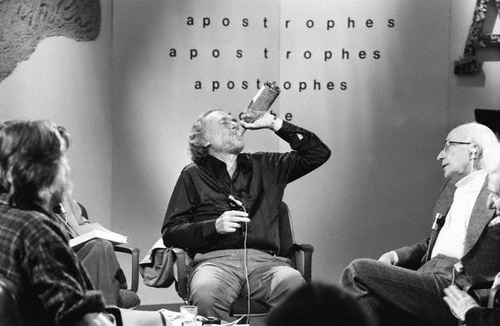 Charles Bukowski drinking on the set of “Les Apostrophes,” September 1, 1978.

These days, when it seems like anything can be Google-searched, it is important to remember one very important thing:

Not everything can be Google-searched.

To that end, while the recent discovery of  a 1,300 year-old Mayan inscription may have let us off the hook (at least past December 21, 2012), libraries and bookstores have yet to uncover a similar reprieve.

Last week, the New York Times gave freelancers something to Twitter about with the observation, “The French Still Flock to Bookstores.” Alas, the happy tidings turned out a bit like that book on why French women don’t get fat. The imminent demise of the Village Voice Bookstore – for thirty years the Paris’ premiere provider of English language literature – is a sad testament to the fact that the health of bookstores has more to do with price-fixing legislature. But, hey, at least books are still bought and read!

Still, France may offer a bit of a revival for US libraries. According to another New York Times article published this weekend, the plans for collaboration  between the French Institut National de l’Audiovisuel and the United States Library of Congress are well under way. According to a plan announced in February, the two institutions are swapping over 500 hours of digitized film and television recordings depicting how each country views the other- be in it newsreels, documentaries, travel shows, or even home movies.

It is clear the French-US cultural relations could use some revamping. In the article, Mike Mashon, the curator of the Moving Image Department of the Library of Congress, points to unresolved ego politics from World War II:

“France goes from being popularly portrayed as this besieged country overrun by Nazis: they’re our friends and we’ve got to support them and liberate them,” he said. “Then at the end of the war a lot of Americans start thinking of them as cheese-eating surrender monkeys. We have a couple of newsreels in the collection from right after World War II, and it’s all about rebuilding this strong country that’s going to come back stronger than ever: God bless the French. So when did we start becoming more critical of France?”

Of course, the laudable endeavour is not without its bumps:

In the meantime an initial swap in February was a bit of a mishmash and somewhat hard to parse. French pieces included a portrait of New York from 1962; programs on Norman Mailer and Arthur Miller from the 1980s; American-theme episodes of the literary talk show “Apostrophes,” with Bernard Pivot as host, that ran from 1975 to 1990; historic documents about American artists in 20th-century Montparnasse; and a documentary about Watergate, among other selections running up to 2003.

As for the United States, so far we’ve sent:

… films produced by the federal government about how to get along in France, aimed at servicemen stationed abroad in the 1950s; travelogues and home movies like “Prowling Around France With Will Rogers” (1927); and educational films with titles like “French Influences in North America” (1951) and “Modern France” (1965). A “CBS News Eyewitness” segment from 1962, “French Tour the New World,” follows a group of French visitors across America, while a BBC program titled “Mary McCarthy’s Paris,” from 1966, has that expatriate American writer delivering acerbic impressions of her adopted city.

While these archives will mainly be accessible to scholars, accessing them within the given libraries, it is gratifying to see this type of cultural diplomacy at work. 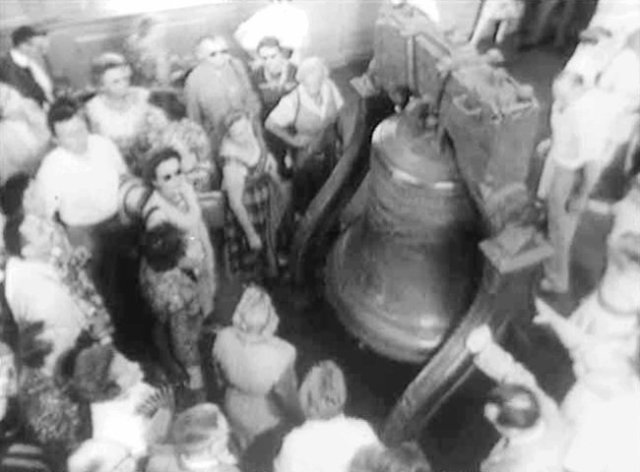 “French Tour the New World” on CBS in 1962. Image Library of Congress.

This entry was posted in Biblioteka and tagged Apostrophes, French still flock to bookstores, French-US cultural exchange, US Library of Congress. Bookmark the permalink.