After May Day, comes the First Frieze; after Occupy, the Auctions

Posted on May 2, 2012 by baibakovartprojects 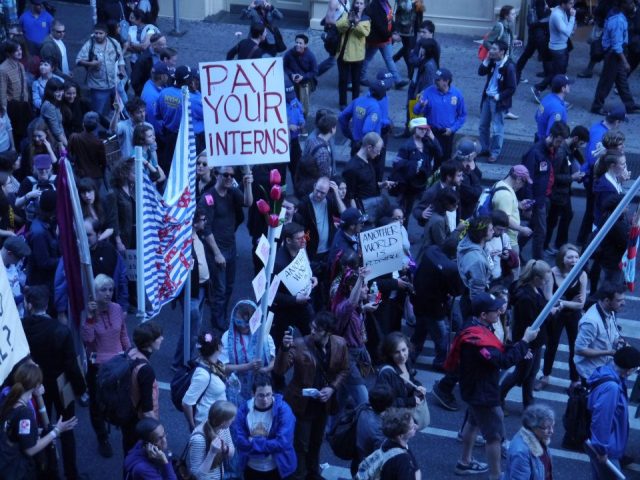 An image of the May 1 march in New York, courtesy of Artlog

Yesterday, the Occupy Movement sought to kick off  a “Spring Awakening” with a May Day General Strike, which took place in multiple cities across the country. In New York, reports placed the crowds on the 4 mile march down Broadway from 10,000 to 25,000; it all culminated with a concert by JD Samson & Men, who openly acknowledged the Occupy movement’s incorporation of immigrants and workers rights into its previous agenda, calls for financial accountability.

This led to a spike of art world involvement: e-flux seized the moment to ask Sotheby’s to respect its workers while everyone’s favorite sign in Artlog’s photoreport? “Pay Your Interns!” 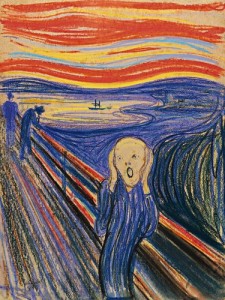 Edvard Munch, sketch for The Scream, 1895

After a polite nod in Occupy’s direction, however, the New York art world has turned back to its auctions. Frieze/Armory Show comparisons are inevitable, but one thing the latter fair has always had in its corner is that it takes into account the auction schedule. And this week is a major one, with Edward Munch’s The Scream (1895) expected to bring in $80 million (leading to much speculation as to who has that kind of cash to drop. According to New York Times Carol Vogel, the British firm Ladbrokes is saying “As for who will buy The Scream, bets are 5-to-2 that it will be a Russian, 3-to-1 an Asian or European and 4-to-1 an American.” Artwriting at its finest.)

Christie’s isn’t one to sit silently by, however. For the highlight of its Post War and Contemporary Art Evening Sale (slated for May 8),  the house is offering Yves Klein’s FC-1 (Fire Color 1), from 1962. The piece – made with alchemic processes, including actual fire (Christie’s has produced a film to explain) – is widely hailed as the most important work of Klein’s to ever go up to auction and is rumored to fetch upwards of $40 million.

These works may be grabbing the headlines this week, but at least that will give commuters to Frieze something to read on the water boat over?

But we’ll get to Frieze tomorrow…

3 Responses to After May Day, comes the First Frieze; after Occupy, the Auctions