Posted on February 13, 2012 by baibakovartprojects

Russia’s National Center for Contemporary Art just announced the nominees for the 2011 edition of its Innovation Prize (which made headlines last year over its on-off inclusion of the group Voina.) The Prize is awarded in five categories: Work of Art; Theory, Criticism or Art History; Curatorial Project; Regional Project; and the New Generation Prize for emerging artists.

Nominees for Work of Art include projects by Andrei Kuskin, who was recently featured in Performa’s 33 Fragments of Russian Performance, alongside other relative newcomers MishMash and Kuda Beguyut Sobaki (Where the Dogs Run) as well as Alexander Brodsky and Vitas Stasyunas. 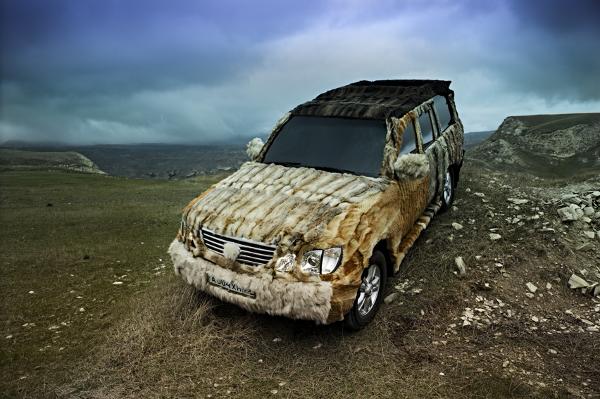 Taus Makhacheva, The Fast and the Furious, 2011

Of course, we always enjoy the New Generation nominees, particularly as we have had the pleasure of working with many of the artists, including Alexey Buldakov (nominated alongside Anastasya Ryabova for the clever video ATTENTIONWHORES) and Valery Shtak, nominated for his Bits of Truth project. Other nominees include Roman Mokrov, Alexander Gronsky, and Taus Makhacheva for her “The Fast and Furious” project, featured in the main project of the Moscow Biennale.

We congratulate all of the nominees and look forward to the exhibition!