The Best of Times, The Worst of Times: Kyiv Biennale launches its new website

Posted on January 23, 2012 by baibakovartprojects 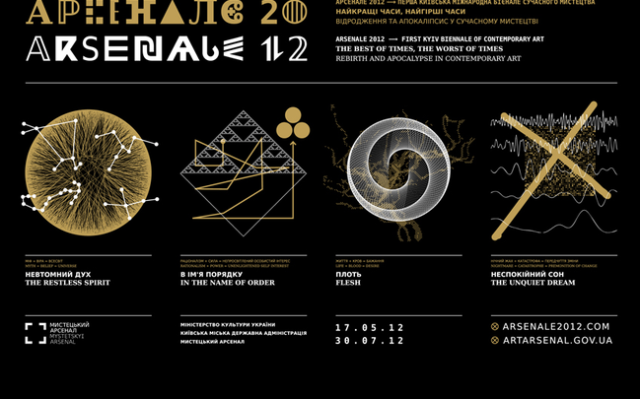 Announced in September 2011, the first Kyiv Biennale is taking shape, tapping Brit David Elliott as its first curator, PinchukArtCentre’s Alexander Soloviev as curator of special programs and Ekaterina Degot as the curator of discussions.

While details about the artist roster are still scant, Elliott released a statement ruminating on his modest title: “The Best of Times, The Worst of Times. Rebirth and Apocalypse in Contemporary Art”:

Echoing the first words of A Tale of Two Cities (1859), Charles Dickens’ famous novel set at the time of the French Revolution, this exhibition jumps forward to the present to consider how contemporary art and aesthetics use the past to express the future. The ideals of Human Rights developed during 18th Century European Enlightenment found their first political expression in the American and French Revolutions. Combining ideology with action, these initiated a continuing wave of national uprisings that still continue to form the world. Yet in spite of good intentions Human Rights have been constricted and each revolution has contained at its core the worst as well as the best of human thought and action. This exhibition reflects on utopian dreams of freedom, equality, and security that are very much at the heart of our lives today, as well as on their opposite: terror, inequity and war. It is the destructive forces of both man and nature that seem to make a more ideal life impossible.

While it is dangerous to wonder too much what “apocalypse” could look like in an election year, Elliott has an appropriate venue for eschatological musings. Built in 1783-1801, the Mystetskyi Arsenal offers over 63,000 square meters of exhibition space, making it one of the largest such spaces in Europe.

4 Responses to The Best of Times, The Worst of Times: Kyiv Biennale launches its new website