Posted on November 21, 2011 by baibakovartprojects 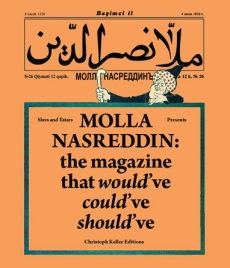 As Slavs and Tatars describe the project:

[Molla Nasreddin] features a selection of the most iconic covers, illustrations and caricatures from the legendary Azeri satirical periodical of the early 20th century, “Molla Nasreddin.” The most important publication of its kind, “Molla Nasreddin” was read across the Muslim world from Morocco to Iran, addressing issues whose relevance has not abated, such as women’s rights, the Latinization of the alphabet, Western imperial powers, creeping socialism from Russia in the north, and growing Islamism from Iran in the south. “Molla Nasreddin” not only contributed to a crucial understanding of national identity in the case study of the complexity called the Caucasus, but offered a momentous example of the powers of the press both then and today.

A sample illustration from Molla Nasreddin

Slavs and Tatars is “a faction of polemics and intimacies devoted to an area east of the former Berlin Wall and west of the Great Wall of China known as Eurasia. The collective’s work spans several media, disciplines, and a broad spectrum of cultural registers (high and low) focusing on an oft-forgotten sphere of influence between Slavs, Caucasians and Central Asians.” Recent publications include Kidnapping Mountains (Book Works, 2009), “a celebration of complexity in the Caucasus”, Love Me, Love Me Not: Changed Names (onestar press, 2010). Slavs and Tatars have exhibited at the Frieze Sculpture Park, the 10th Sharjah, 8th Mercosul and 3rd Thessaloniki Biennials. Upcoming solo shows include The Royal Academy of Fine Arts (Kiosk), Ghent, Secession, Vienna, MoMA, NY, and Künstlerhaus Stuttgart. 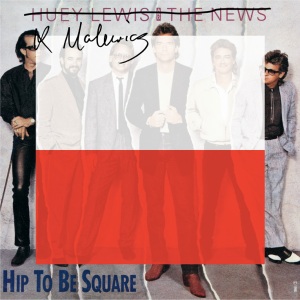 Slavs and Tatars were an integral element of 032c Workshop Report #1 (Moscow), which took place at Baibakov Art Projects in summer 2010. In addition to participating in the exhibition itself, the collective designed the exhibition poster Hip to Be Square, (riffing off of Huey Lewis & the News and Kasmir Malewicz.) You can currently check out work of Slavs and Tatars at the Tate Modern, where they are part of the exhibition, I decided not to save the world, a joint-project with SALT Istanbul. Also, get a sneak peak at their MOMA project here.

This entry was posted in Uncategorized and tagged 032c Workshop Report #1 (Moscow), Hip to be Square, I decided not to save the world, Molla Nasreddin, Slavs and Tatars. Bookmark the permalink.